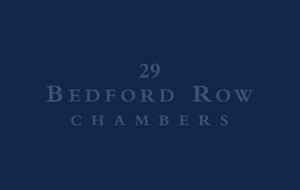 Members of Chambers represented the successful applicant in the Supreme Court case of Wyatt v Vince [2015] UKSC 14 (judgment here), overturning the Court of Appeal's earlier decision [2013] EWCA Civ 495 which had struck out her claim for all forms of financial remedy and had ordered her to pay very significant sums in costs.

Philip Cayford QC led Simon Calhaem and Miriam Foster in the Supreme Court; the hearing took place in December and judgment was handed down on 11th March 2015. Later in March Philip Cayford QC was accolades as the Times Lawyer of the Week.